Nikhat Zareen is an Indian professional boxer. She has been a rising profile in the ring where she is bringing accolades for India at the International level. Unfortunately, she won’t be part of the next Olympic squad because of the loss against legendary Mary Kom. 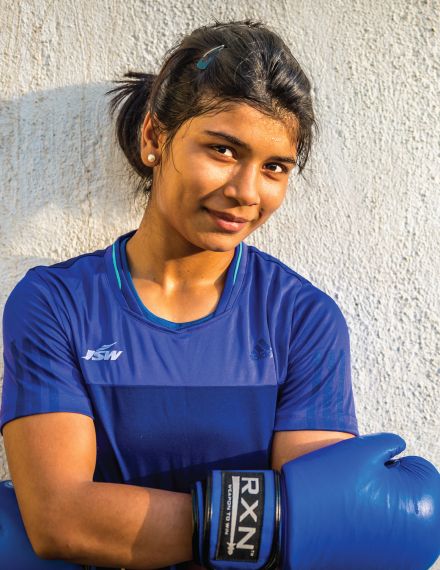 The match between Nikhat Zareen and MC Mary Kom has become quite a controversial because of on – field behavior of both of these players. After the match, Mary Kom refused to shake hands with Nikhat. She even bluntly refused to revert to the hugging gesture.

Nikhat has also alleged that Mary Kom has used foul language against her during bout.

Profile and Wiki of Nikhat Zareen

Nikhat was born and brought up in Hyderabad. Her date of birth is 14th June, 1996. At this juncture, she is 23 years old. Both of her parents – Jameel Ahmed and Parveen Sultana supported her in her wish to become a boxer. Jameel ensured that his daughter gets the best possible coaching.

Nikhat has completed her schooling from her hometown, Nizamabad, from Nirmala Hrudaya Girls High School. After little bit of hiatus because of professional assignments, she has resumed her study and currently pursuing B.A. from A V College, Hyderabad.

There is no information about the relationship status of Nikhat. It is believed that she is still single and devoting her entire time to win Gold medals in international boxing events.

Nupur Sharma is an Indian politician and social activist working for women’s empowerment. She was one of the national spokespersons of the BJP. Under pressure from Arab countries, BJP has suspended her from the party for making undignified comments on the Prophet. The Narendra Modi government gives importance to the safety of millions of Hindus working in the Middle East and protecting it's relations with Arab countries rather than defending the freedom of speech of Nupur. Nupur Sharma, BJP   Biography/Wiki Nupur Sharma had shot into the limelight when she had won DUSU election on ABVP symbol when NSUI used to rule the Delhi University Student’s Union. However, what had given her national attention was her electoral fight against Arvind Kejriwal from New Delhi Assembly Seat in 2015. She had lost the election, but had gotten success in reducing the winning margin of Mr. Kejriwal. Nupur Sharma, BJP with her family   Nupur Sharma is articulate and a fierce debater. She has bec
Post a Comment
Read more