Amitabh Gupta is an IPS officer of Maharashtra cadre. He is a bright and upright officer. Unfortunately, he has also been mired in some serious controversies. Only recently, he was found to have allowed the scam tainted Wadhavan family to go out of Mumbai on passes issued by him. He has now been absolved with all charges and the Government of Maharashtra has again appointed him at crucial position by making him the Commissioner of Pune. 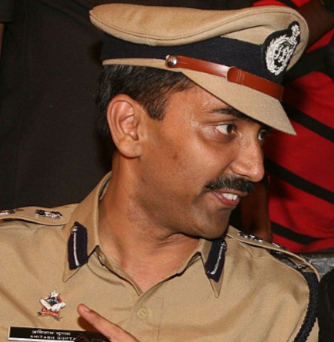 Biography/Wiki
Amitabh Gupta has also maintained strong connection with politicians and businessmen. He has friends across the party lines from Congress to Shiv Sena to BJP. He has deep connection with top notch NCP leaders. 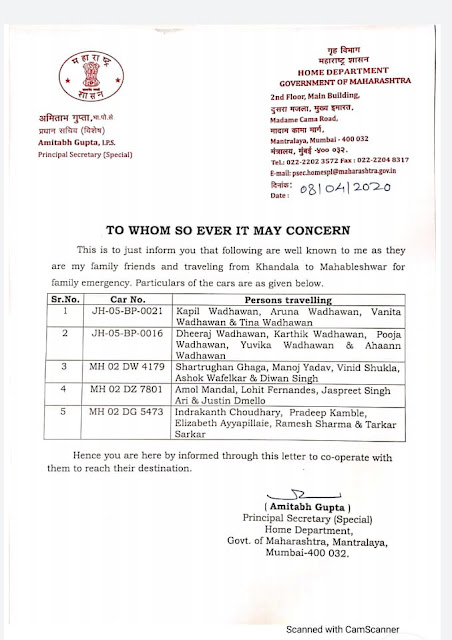 Amitabh had given permission to Wadhavan family in spite of the fact that prominent members of the family are under investigation for fraud in Yes Bank Scam. Look out notices have been issued against Kapil and Dhiraj. But, Amitabh Gupta has still proceeded and helped them.

Abhishek Yadav is a 2012 batch IPS officer of UP cadre. He is known for his work ethics and integrity. Biography/Wiki Born and brought up in Haryana, Abhishek Yadav had always wanted to become an IPS officer. Even during his engineering days, he was not dreaming of getting a job after B. Tech. but to appear in the UPSC CSE. His dream was laced in dedication and determination which gave him fruits. In the meantime, he had also cracked IBPS PO Exam and SSC CGL. He has served as SP of Moradabad, Mau and NOIDA Rural.  Career Abhishek is currently the SSP of Muzaffar Nagar. He has an uphill task of maintaining communal harmony and controlling deteriorating law and order situation of this district. Until now, he has done exceptionally well in this pursuit.  He is also being appreciated for his innovative way of policing during the national lockdown due to Corona Virus outbreak. Personal Profile Date of Birth: 5 th September, 1987 Age: 33 Years Fathe
Post a Comment
Read more

Kamal Pant is a 1990 batch IPS officer of Karnataka cadre. He has recently been appointed as the Commissioner of Bengaluru Police succeeding his batch mate Bhaskar Rao. Biography/Wiki Before becoming the Commissioner of Bengaluru Police, Kamal Pant was holding the charge of ADGP (Assistant Director General of Police) of Intelligence Wing of Karnataka Police. Under his guidance, Intelligence Wing has shown immense spine and character and averted many criminal, terrorism and communal activities.  Kamal Pant has always been regarded as an upright and result oriented officer.  Personal Profile Date of Birth: 21st June, 1964 Age: 56 Years Father: Mother: Birth Place: Dehradoon Religion: Hindu Educational Qualification: Graduate M.Sc. in Geography Family and Relationship: Married Siblings:   Interesting and Lesser Known Facts: Bhaskar Rao was removed because of some controversy regarding ePasses during Covid-19pandemic .
Post a Comment
Read more

Nikhat Zareen is an Indian professional boxer. She has been a rising profile in the ring where she is bringing accolades for India at the International level. Unfortunately, she won’t be part of the next Olympic squad because of the loss against legendary Mary Kom. The match between Nikhat Zareen and MC Mary Kom has become quite a controversial because of on – field behavior of both of these players. After the match, Mary Kom refused to shake hands with Nikhat. She even bluntly refused to revert to the hugging gesture.  Nikhat has also alleged that Mary Kom has used foul language against her during bout.  Profile and Wiki of Nikhat Zareen Nikhat was born and brought up in Hyderabad. Her date of birth is 14 th June, 1996. At this juncture, she is 23 years old. Both of her parents – Jameel Ahmed and Parveen Sultana supported her in her wish to become a boxer. Jameel ensured that his daughter gets the best possible coaching.  Nikhat has completed her schooling fr
Post a Comment
Read more

Anirudha Singh is an Indian actor and a police officer of UP Police. His entry into the film industry was a coincidence that has something to do with his amazing personality and powerful performance in real life as an officer. He is also doing justice with his job profile as the Deputy Superintended of Police. Biography/Wiki Anirudha Singh is known as the Super Cop of UP Police. He is also widely referred to as the Singham of UP by the local media. These nomenclatures were attached to justify his real life bravery.  Anirudha has taken part in umpteen numbers of encounters of dreaded gangsters. Under his leadership, many hardcore criminals have been gunned down or arrested.  Career The heroic of Anirudha Singh can be gauged from the fact that he has been given many out of turn promotions.  Only recently, when the nation was fighting Corona Virus pandemic, he was promoted to Deputy SP. He had joined the UP Police in 2001 and since then has mainly been posted in
Post a Comment
Read more